Have you followed the news about former Prime Minister Abe Shinzo’s assassin?

On the day Yamagami Tetsuya (41) murdered Abe Shinzo, we simply heard reports that he was not motivated by “political reasons.” As with most things in the news, it’s far more complicated than a simple soundbite.

Explanations of the killer’s actual motives have been relatively slow in coming, but we’re finally learning more details.

According to various reports, Yamagami has long held deep anger – murderous rage, really – against a religious group most people know as the Unification Church. Today they go by the Family Federation for World Peace and Unification. Allegedly, Yamagami killed Abe because of connections he believed Abe to have with this group, and because he could (for years, Yamagami said, he wanted to kill the group’s leader, but he couldn’t).

I’ve searched for stories and commentary in English that:

The best thing I’ve found so far is “A Grudge Against the Unification Church Motivated the Murder of Japan’s Most Prominent Politician,” published online in Critical Asian Studies on July 13.

The author is Levi McLaughlin, Associate Professor at the Department of Philosophy and Religious Studies, North Carolina State University. He has written extensively about politics and religion in Japan, including Soka Gakkai’s Human Revolution: The Rise of a Mimetic Nation in Modern Japan (University of Hawai`i Press, 2019), and (as co-author) Kōmeitō: Politics and Religion in Japan (IEAS Berkeley, 2014).

If you’re looking to have a basic understanding of Abe’s assassination – an event that’ll be included in every modern Japanese history textbook from now on – you need to click over to Critical Asian Studies and read the entirety of McLaughlin’s helpful commentary whole (it’s not all that long).

His commentary touches on these points in concise yet clear language (roughly in order):

[Yamagami] clearly suffered an enormous amount of family strife, but he otherwise seems to fit the profile of atomized young men of his age, growing up socially isolated in the “lost decades” since the 90s with hampered socioeconomic prospects.

However, uncritical invocations of “nefarious cult” tropes rarely impact leaders who engage in exploitative practices. They instead perpetuate hatred against local-level believers who already face persecution and exploitation. It is possible to criticize exploitative groups while condemning how this critique can advance bigotries. Most importantly, we should condemn the persecution of those who already bear the brunt of exploitation and populist anger.

Don’t let the above outline fool you into thinking you no longer need to read the article. Instead, if you’d like, open the article in a separate browser window and use the outline to help you focus on key points as you move through the brief article.

Naturally, you can study religion in Japan at TCU. This fall, for instance, we’ll once again offer PHIL370 Japanese Religion and Philosophy.

This course aims to understand and analyse how religion functions socially and systemically in contemporary Japan. Although Japan is considered to be one of the least religious countries in the world, it can be argued that religion still plays a significant role in Japanese people’s private and public lives. This can be observed in the intersections of various themes such as Shinto and politics, Buddhism and views of life and death, New Religions and social engagement, and the Aum Affair and violence. Through lectures, student presentations, class discussions, and field trips, students are expected not only to gain knowledge about relationships between religion and society in Japan and achieve a necessary familiarity with the religious landscapes in contemporary Japanese society, but also to develop critical skills for examining their own views of religion itself. The course will also provide an opportunity to visit local religious sites. Class preparations and active participation constitute a major part of the student’s grade for the semester.

It’s one of the “primary courses” in our short-term program, but our regular students can take it as well. 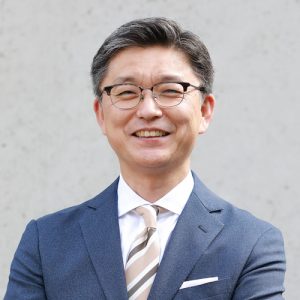 The Ministry of Sharing Joy: Evangelism for Pastors and Congregations