150 years ago, on March 10th, 1872, the first Protestant church in Japan was established (currently Yokohama Kaigan Church, a member church in the Church of Christ in Japan). Shinozaki Keinosuke was one of nine who were baptized on that day and was the initiator of the first-week-of-the-year prayer meeting that led to the establishment of the church. It was from his suggestion to pray that the Protestant Church in Japan was born. In this sense, the monument of Shinozaki Keinosuke can be called a “Monument to the birth of the Protestant Church in Japan.” 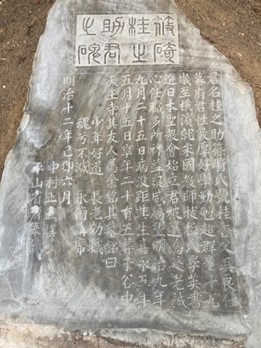 Shinozaki Keinosuke was a vassal of the old shogunate. Through Shinozaki, Ibuka Kajinosuke of Aizu came to give up his grudge against the new government. Shinozaki, from his sickbed, encouraged Hara Taneaki. Shinozaki suffered from lung disease and died in 1876 (Meiji 9) at the age of 24. His grave was built by Kushibe Susumu, who has been baptized with him. Kushibe was a doctor at the Faulds’ Hospital in Tsukiji. Later, Uemura Masahisa also took care of Shinozaki’s grave.

The monument was donated to Tokyo Christian University by Ms. Kushibe Yoshiko. Her late husband, Kushibe Chūichi, was a great-grandson of Kushibe Susumu. The monument was moved to TCU on August 23 from Yanaka Cemetery in Tokyo. It is 160 cm high, 100 cm wide, and 13 cm thick. Nakamura Masanao (Keiu), a scholar of the Chinese classics and a Methodist, composed the epitaph and the calligrapher Hirayama Seisai engraved it. 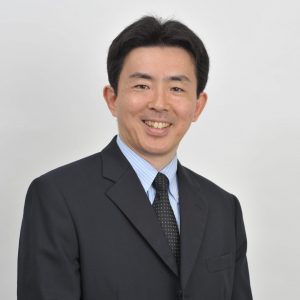 Introduction to Biblical Geography and Archaeology 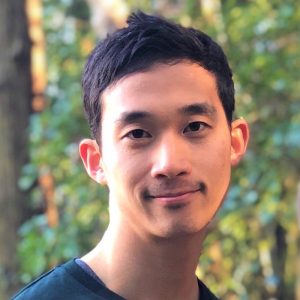