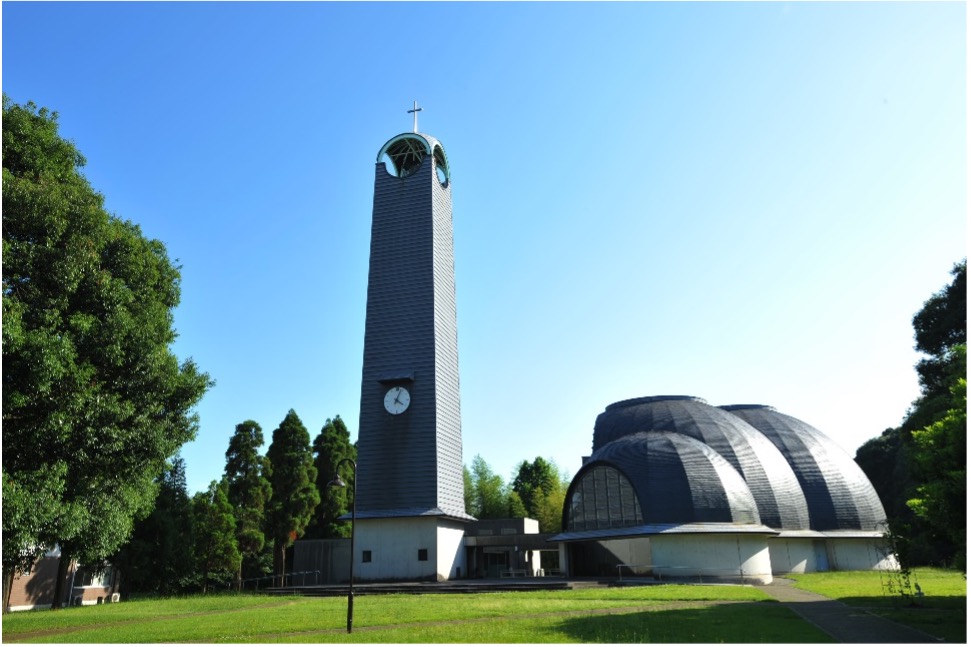 The concept for the design of TCU’s chapel is “God’s Word.” Incomplete domes have been brought together to form a centerless structure. This represents the postmodern world, which is said to lack a central focal point. Despite its “imperfect” and center-less construction, the chapel has a center nonetheless: the preaching of God’s Word. The structure also prompts those who have gathered there to consider how they will proclaim God’s Word in this world.

In the sanctuary, there are two large white discs on the ceiling. Beyond the discs there is a cross. This represents the way in which God’s Kingdom and this world, though divided from each other, are reconciled and made one through the cross.

Unlike the architectural design of many Catholic churches, the sanctuary has no statuary, paintings, or ornamentation other than this sole symbol, the cross. 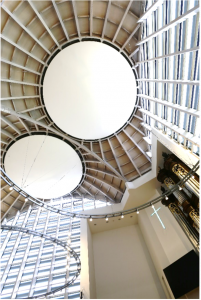 Mr. Arata Isozaki, the distinguished Japanese architect and city planner who designed TCU’s chapel, says the following about it:

I was asked to design a chapel that holds 400 people, together with piano and organ practice rooms for the church music program for studying pipe organ and taking other music lessons. This chapel was the result. Located at the center of the campus courtyard, the chapel is constructed as two buildings – the sanctuary and music practice building – surrounding an even smaller courtyard. A large cross-sectional structure made of bonded wood was chosen because of the need for a large space, and the reinforced concrete structure was chosen for the music practice building because of the need for soundproofing.

For the chapel roof, we connected two domes, each with a radius of approximately 11 meters and made of bonded American pine. Together with the small dome in the entrance hall, the greater part of the exterior is finished with black natural slate. The sanctuary’s interior is filled with homogeneous light from arch-shaped openings on each side, and wood is used as the main material for the wall frame, benches, and other parts. The tower in front is a bell tower, symbolic of church architecture.

Mr. Isozaki was born in Oita Prefecture, on the Kyūshū Island, in 1931. Mr. Isozaki completed a doctoral program in architecture at the University of Tokyo in 1961. He opened the “Arata Isozaki Atelier” in 1963. In addition to TCU’s chapel, his works include Tsukuba Civic Center, the Barcelona 1992 Olympic Games main sports hall (Palau D’Esports Sant Jordi), and Ochanomizu Square. He was selected as the 2019 Laureate of the Pritzker Architecture Prize, an award internationally known as architecture’s highest honor.  (http://www.pritzkerprize.cn/laureates/arata-isozaki)

There are two stained-glass windows at the chapel entrance. Created by Mr. Hiroshi Tagahara, their installation in 1994 was made possible by a generous donation.

The stained glass located above the entrance door was donated by Mr. Eizo Nakajima, then president of Nakajima Auto Industries Co., Ltd. A verse from the Bible – “Go into all the world and proclaim the gospel to the whole creation” (Mark 16:15) – is inscribed in Greek. 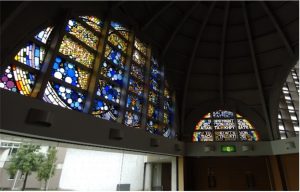 The large pipe organ installed on the chapel stage was built by French organ builder Mr. Mark Garnier in 1995.

The organ was designed according to a model used for organs in the 17th and 18th centuries, known as the golden age of church music with Bach being its chief representative, and it was built using the same building techniques in use then.

The organ has three manuals (keyboards), one pedalboard, thirty-one registers, and two thousand and six pipes.

As indicated by the words SOLI DEO GLORIA (Glory to God Alone) seen at the center of the organ, the chief purpose of the organ is to be used as an instrument for praising God in worship by supporting and leading the singing of hymns by the congregation. 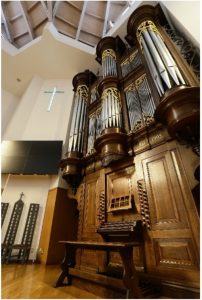 The swing bell installed in the chapel belfry was made by Royal Eijsbouts, a company designated as a Royal Dutch Kiln. It is a full-scale swing bell with a diameter of 1,253 mm and a weight of more than one ton. The sound of the bell ringing every day at noon and 5 pm is beloved among the local residents. 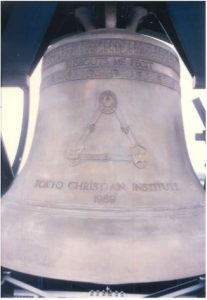 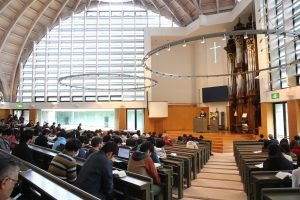 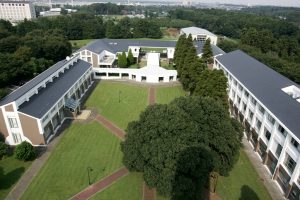