Tokyo Christian University’s ACTS-ES program is committed to the Christ-centered pursuit of the liberal arts in an East Asian context for the purpose of educating and training students to become mature Christian men and women of integrity who are equipped as bridge people to serve God’s church and world.

ACTS-ES students pursue their studies of Bible and theology in dialogue with a variety of subjects such as psychology, history, sociology, music, public speaking, the arts, grammar, linguistics, and others. Likewise, they pursue their studies of these other subjects in dialogue with Bible and theology. In short, all courses take the Christian faith seriously. This does not mean that we hold that there is a special Christian psychology, history, or linguistics. But we do believe that Christian doctrines, such as creation and redemption, should inform how we view everything in the world, including these subjects. We further believe that the study of such subjects will enrich our understanding of how God works among us. This education should “come together” as each student develops a Christian world-view. Nothing less is acceptable if Jesus is Lord not only over the church but over our cultures and the life of the mind as well.

The word “Asian” in our program title means “in Asia,” not primarily “for Asians.” ACTS-ES is open, therefore, to students from any continent who are committed to seeking a theological and liberal arts education in an Asian context, particularly in a Japanese context. The ACTS-ES curriculum draws upon its Japanese and East Asian context in several ways. Some courses in history and culture explicitly focus on East Asia. Other courses, even if on a “general” subject, such as psychology, will use Japanese examples and discuss the implications for our understanding and appreciation of East Asia. All students study the Japanese language in the classroom. Living in Japan, they will have no choice but to use Japanese for daily-life outside the campus. In addition, all ACTS-ES students live in the same dormitories as the Japanese students, typically have Japanese roommates for at least two years, and must use Japanese on campus to varying degrees. And ACTS-ES students, whether planning a career in ministry or in a lay field, must have a “practical church assignment” over all four years of this course; two years, at least, should be in a Japanese-speaking church. But whether they worship in English or Japanese, students are regularly confronted with the special needs and concerns of the Christian church in Japan.

At Tokyo Christian University, we are committed to encourage students to keep service to Jesus Christ and His Kingdom as the primary value in their lives; to develop and maintain character and moral values that are consistent with that commitment; and to develop an independent and mature spirit so that they can stand strong in this commitment, character, and moral values after they graduate and are no longer part of the TCU community.

ACTS-ES aims to produce graduates who will be “bridge people” between the church in Japan and the church in their home cultures. We believe that all true believers form the one universal Body of Christ. Since this one Body of Christ exists in many cultures, we also believe that Christ wants Christians in these different cultures to know, appreciate, bless, enjoy, and learn from each other. While not the only goal for ACTS-ES, this bridge-building is a key expectation for its graduates. Therefore, the students should learn the Japanese language, grasp Japanese culture, and experience the Japanese church so that they can interpret their home churches to Christians in Japan and can interpret the Japanese church to Christians in their home cultures.

ACTS-ES is open to Evangelical Protestant Christians who wish to serve Christ effectively. Some ACTS-ES graduates will become pastors, evangelists, missionaries, or youth workers, while others will serve Christ as “salt and light” in business, the professions, education, or government. In preparation for whichever of these paths our students may take, we are committed to the education of heart and mind for effective leadership, compassionate service, and gospel-centered evangelism. 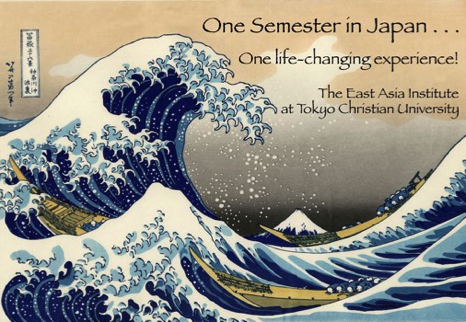 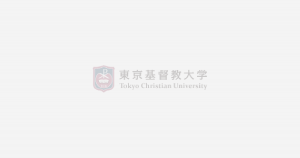